The unhappy ending of specialty films and how they could be redeemed. 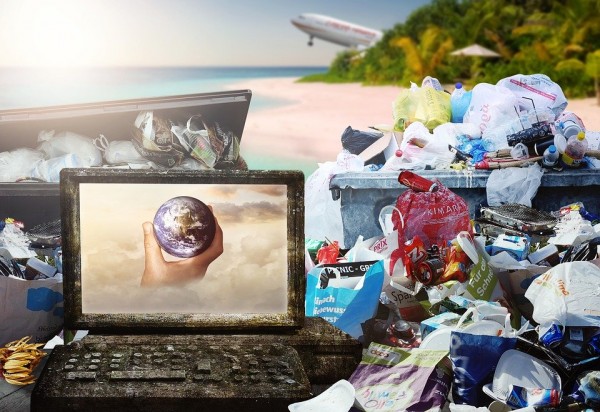 Specialty films have been the problem solvers of the packaging world in the latest years. In the recent past, if you wanted your food to remain stocked and unaltered at the supermarket –and then home- shelves for months you would have found the perfect solution in such films. Their strength? They combine different barrier properties of different materials: why should you choose between many materials and discard precious properties when you can use them all?
They draw attention with their catchy appeal in the shelves at the supermarket, promising that they are going to occupy just a small space in the bags and in the fridge; they convince us that they will make us save precious grocery shopping time as they will protect our ham slices for at least 2 weeks. We are talking about a special type of food packaging which is slim and discrete, however has enormous barrier properties, we are talking about the technically called “specialty films”.
And so, layers of aluminum and metal and various plastic polymers such as PE, PP, PS, EVOH or PET were combined in order for contaminants, oxygen and water to keep clear from food and beverages, but also pharmaceutical products. Specialty films were encountering enormous appreciation, when all of a sudden they moved from problem solvers to worst in class, the reason being: they cannot be recycled.And yes, that is true. Their strength is also their weakness. Their functional multi-material structure is unfortunately too complex to recycle. Indeed, once they have performed their task, households get rid of films, without any distinction, in the more general plastic bin. When at the sorting facility, films are literally blocked: they will not proceed any further, they will just be incinerated or landfilled. Only pure plastic is accepted to undergo the steps of recycling so that the output is as pure as the input. Films, on the contrary, are not pure. In fact, at this stage, you can still find aluminum and plastic together. And as the input is not pure – at the present state of art - the output will be of a too low quality to be used further.However, films constitute a too big part of the plastic packaging waste to simply be forgotten under stacks of soil: indeed, films represent 40% of the 20 M tons of plastic waste collected every year in Europe. Only 13% of collected films are recycled in Europe.
That is why, within the broader “Circular economy” initiative, the European Commission set the recycling rate for plastic higher, aiming to reach 50% of recycled plastic by 2025. If EU targets seem easily reachable, however, various stakeholders and institutions already committed themselves to implement more revolutionary actions such as design changes, in order to avoid the problem at the source. Take the German discounter Lidl, for example, which has already stipulated, that they will accept only mono material packaging for some products, or a brand owner like Barilla which stated that “We will redesign and substitute all the multi-material multilayer films with recyclable mono-materials, by 2020”.Is it then really the end of specialty films? We do not think so. First of all, films assure barrier properties that are sometimes –like in the case of pharmaceutical companies- vital for the safety of the product. Secondly, there is still a chance for films to remain the preferred choice also in other industries. There are still two chances for films to survive in the new sustainable context.
In fact, according to the stakeholders involved, two are the most implementable approaches to take in order for films to stay in the market:
In other words, either more investments should be made into advanced recycling facilities (APK shows already the proof of concept) that are able to sort specialty films and separate the different constituents, or packaging converters should contemplate new prototypes of packaging still based on films and with high barrier properties, but with an easier to recycle structure. Or maybe both approaches can be combined. The design change approach so far seems the easiest milestone to reach and concrete examples are already on the supermarket shelves. However, the packaging world seems to be stuck in finding solutions, which are fully recyclable, but still offering high performant barrier properties. On the infrastructure side, technology proposals are still on a test level and investments are foreseen to be too demanding to really be implemented.
The challenge is open and many players have already accepted it. Whether it is about understanding which designs are already commercialized or under tests, which role bio-compostable materials are going to play, how the new market context- including regulations- looks like or how adhesives producers should adapt to the new developments, Schlegel und Partner can help you bridging the gap. With a sound strategic analysis not only will your business be advantaged, but also one step further.© Schlegel und Partner 2020