How to survive the digital revolution in the automotive industry: An industry in the process of reshuffling 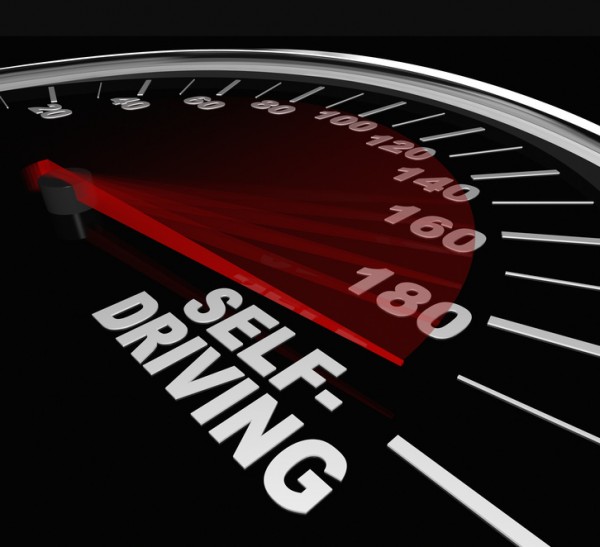 When it comes to autonomous driving the traditional automotive OEMs and their suppliers need to develop or acquire new core capabilities, rethink their traditional business models and diversify their product portfolio to survive against a whole new generation of non-automotive companies working relentlessly on bringing the first real driverless car on the road. Many have already developed prototypes of autonomous vehicles. However, there are still many open questions as to who will make the race and when the first fully autonomous car will be sold to customers with all uncertainties regarding the most viable technology and safety as well as liability issues solved.
Contributors in the race for autonomous driving come from all walks of lifeHundreds of institutions and companies worldwide have taken on the race to develop the first fully autonomous car on the road with full cognitive and prediction capabilities. Non-automotive company NuTonomy, a Massachusetts Institute of Technology spin-off, has managed to be the first to bring a completely driverless taxi on the roads of Singapore in recent months. Apart from the traditional automotive suppliers of ADAS systems and infotainment also large internet, software and mobile phone companies got heavily involved in the development of driverless vehicles. Another group are spin-offs of universities and research institutes, the defense industry and drone manufacturers. Video surveillance companies and camera providers have also jumped on the bandwagon to get a stake in this future market. They are all applying new concepts of machine and deep learning, artificial intelligence, 3d mapping and reconstruction, real-time digital image processing or computer vision to the development of their first autonomous vehicle.Two different types of autonomous vehicles are in focus here: semi-autonomous and fully autonomous. With the semi-autonomous vehicle, the driver remains responsible for all operations of the vehicle and is expected to actively participate in the driving. He is assisted by advanced driver assistance systems for acceleration, braking or steering in certain driving situations. Fully autonomous vehicles can drive without human intervention and can encounter an entire range of on-road scenarios without any interaction from the driver. M&A activities and the founding of start-up companies is currently on its peak. Venture capitalists around the globe are taking on huge stakes in the business through continuously funding new business ventures. Internet companies are buying technically advanced automotive suppliers and automotive OEMs and suppliers are in
the process of partnering with companies specialized in digital image processing and computer vision. Cooperation with universities as starting point for technological advancement are also very common.Europe is ahead when it comes to the number of involved playersThe largest number of companies involved in the search for the best technology are currently coming from Europe, especially Germany, France, UK and Israel, followed by the US with a high density of start-ups around the Silicon Valley. Asia comes in third with especially China, India and Japan in the forefront of the development. Korea is still lacking behind as government support has only started in 2016. Especially India and China have leapedfrogged ahead to overcome the technology gap they are still suffering from in the automotive industry. China has had a steep growth in innovative start-ups with good support and funding from the government and Chinas large industrial players. But most start-ups have not yet reached the European and US standard of core algorithms. India has a respective amount of university spin-offs and returnees from renowned US companies founding start-ups to develop ADAS systems and working on computer vision for autonomous driving. Start-up funding and public awards are also common and well established in India. In North America, many large companies sponsor start-ups with high seed capital. Start-ups in the US are expanding very fast, while in Europe relevant research activities are concentrated in universities and publicly funded research institutes.The future belongs to a new generation of high-tech companiesThe disruptive technical revolution is undoubtedly underway in the automotive industry. The outcome is still uncertain. Most market participants estimate that they will have their first fully autonomous car on the road around 2020. This will result is a complete change of the competitive landscape: OEMs and traditional automotive suppliers will partner with targets they never heard of so far. Venture capitalists become influential as major decision makers and computer nerds compete against high tech automotive engineers in the drive for innovation. Car makers must deal with new buying behavior of consumers. Diversification of the traditional OEMs and their suppliers with new business strategies will be inevitable. Automotive suppliers should not wait to shape their new future now.You are interested in more detailed information and background on technical and strategic concepts, regional or specific segmentations? Please do not hesitate to contact us.© Schlegel und Partner 2017
Download: SuP, Digital revolution in the automotive industry, May 2017.pdf, 207009 kB